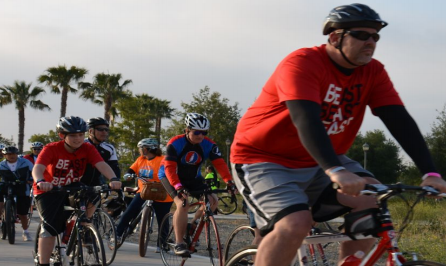 Who are the Friends

Victoria Jones is the Community Outreach Director and past President of the Friends of the Pacific Electric Trail.
​ 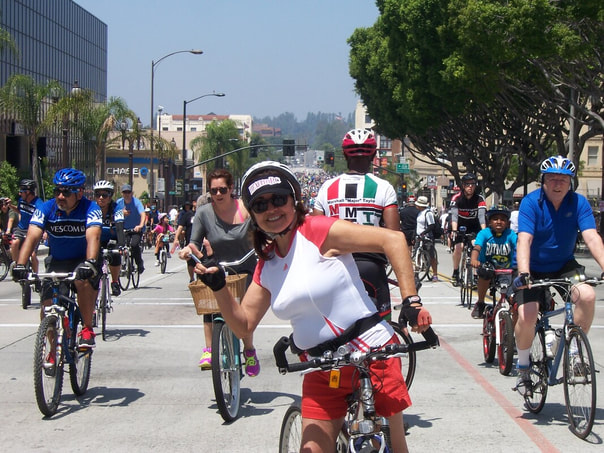 She is a California native and passionate civic activist. She has directed over a decade of community events such as running and biking gatherings, trail counts, and educational workshops with other organizations promoting healthy lifestyles and active living.

Under her direction, the Friends developed the Trail Enhancement Program along with the City of Rancho Cucamonga, the goal of which was to usher in private and corporate sponsorship of trial heads, tree plantings, benches, and water fountains along the Pacific Electric Trail for all in the community to enjoy.

She has mentored interns from the Claremont Graduate University and the Robert Woods Johnson Fellowship on strategic planning and goal setting. She has successfully written and administered grants for pre-school age children for “Story time on the Trail” to teach trail use and safety skills. She also coordinated with the RC Sheriffs to install “WE TIP” signage along the PETrail.


She is a founding member of Healthy RC Steering Committee since its’ inception in 2008 that works to improve the health of the community through farmers markets, community gardens, healthy choices in vending machines, resources for both physical and mental health, while promoting pedestrian and cycling enhancement through the complete streets’ movement.
​​

For these efforts she has received various rewards from the city of Rancho Cucamonga for her leadership and community involvement, most recently the “Community Hero of 2015” at the Los Angeles County Fair, and “Community Champion” from the California Park and Recreation Society (CPRS) District XI 2018.

Victoria Jones was selected as Rancho Cucamonga’s Adult Community Hero. She is dedicated to improving public health and awareness. She’s a supporter of the Rancho Cucamonga City Health Services. Jones also serves as commissioner on the city’s Parks and Recreation Commission and is currently president of the Friends of the Pacific Electric Trail.
(Read Story Here) ​
She has served as a Rancho Cucamonga Parks and Recreation Commissioner from 2014 – 2017. During that time, she acted as Project Manager for the 100-year Anniversary celebration for the historic Etiwanda Pacific Electric Train Depot , and spear-headed the movement to preserve and restore the Depot for generations to come. ​

It’s very important to keep things like this alive, because pretty soon, the next generation, would take a look at that building and say, well that building didn’t mean anything to me,” said Bob Curtis of Etiwanda, who was instrumental in bringing attention to the need to preserve the property as the first president of the Friends of the Pacific Electric Trail.
​“It’s very important for me to preserve what we already have.”
(Read Story Here)

​Some of these collaborations have been with Fire Departments for securing the structure, community gatherings for clean up events, and photo shoots for promotional use.
Recently she has been featured on the Inside – Out art project at the RETREAT new residential development in RC. Also has recently appeared on KCAA 106.5 FM Viewpoint with Father John Reid to promote the Friends of the Pacific Electric Trail. The Friends of the PETrail have been honored by San Bernardino County Supervisor 9th District as “Hometown Heros”.

Dennis grew up in the mid-West and was always impressed with the numerous Rails to Trails projects that connected communities to the country-side.

Sadly, the demands on our performance to provide a great user experience increased each year as our support base of volunteers decreased, making it necessary to put our annual PE Challenge community event on hiatus until our volunteer base increases. Become a Volunteer Today!

​Throughout the years, Dennis has helped plant donated trees on the PE Trail in Rancho Cucamonga with CalFire, collaborated with the Sheriff’s department on “We-Tip” signage on the PE Trail, collaborated with local bike shops to provide a “Day on the Trail” to offer free brake check-ups while engaging with trail users, built Bike Rodeo activity ramps for Safe Routes to School programs, and applies his time management skills to hosting and managing our community events.

Together We Are : The Friends of the Pacific Electric Trail 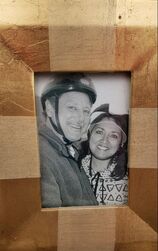 Rancho Cucamonga was the lead agency along with the cities of Montclair, Upland, Fontana and Rialto to connect the 21 mile regional trail corridor in the Inland Empire.  The Friends of the Pacific Electric Trail participated in each phase of the project and help raise awareness through community outreach of the benefits of this new amenity for the community. They are a strong community partner contributing to the Healthy cities initiative – Healthy RC since its conception in 2008.

​​A DAY ON THE TRAIL TO CELEBRATE SPRING

A Life Outdoors is a Life Well-Lived

​Our first visit is to the historic SYCAMORE INN

​COVID-19 TOOK THE WORLD BY SURPRISE

​E-Bikes are changing the landscape of Cycling

​STAY IN YOUR LANE

​CAN A PLANT-BASED DIET IMPROVE YOUR HEALTH?

The Human Condition Amidst a Pandemic 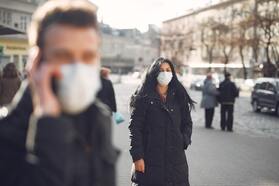 ​​We are all in a state of distress. Our sense of security and our base of emotional well being are as much a victim of the Covid 19 virus as the stricken person confined to the hospital bed. Even though only a fraction of the population are afflicted, we are all suffering and sheltering in fear. This is beyond politics, finances, social standing, or geographic location...

A Holistic Approach to Wellness